Compressive test according to ASTM D3410

In the pressure testing of fiber-reinforced plastics, as in the tensile test, a distinction is made between tests in the fiber longitudinal direction (0° fiber orientation) and in the fiber transverse direction (90° fiber orientation). Several methods are available for the tests, which differ in particular in the type of force application (“shear loading”, “end loading” and “combined loading”). The most commonly used method is shear loading, as this most closely simulates the real material load in a component and is very reliable. In the case of end loading, the edge of the test specimen often bursts, since there is an excessively high concentration of stress during this introduction of force.

In order to obtain high quality test results, accurate specimen production is of great importance in the pressure testing of fiber reinforced plastics. Buckling of specimens should be avoided in order to obtain valid test results. By using two independently measuring strain gauges, buckling is determined. Since the strain gauges are very small and must be applied to a free specimen length of only 10 mm, a very precise alignment in the longitudinal direction is required. 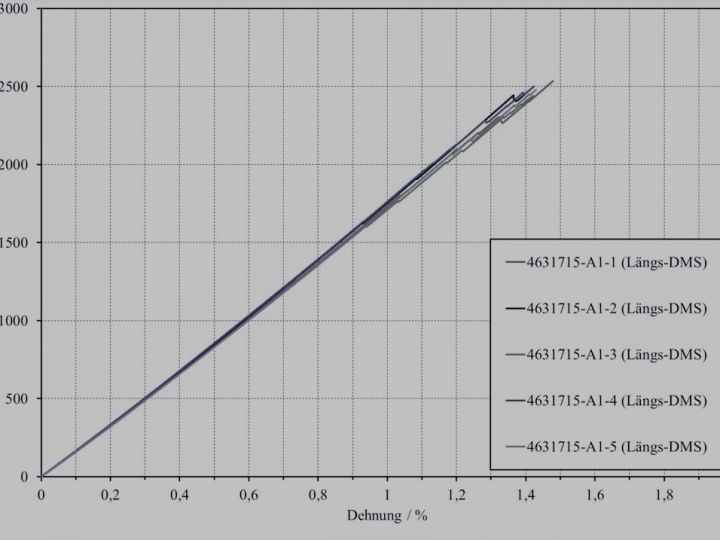 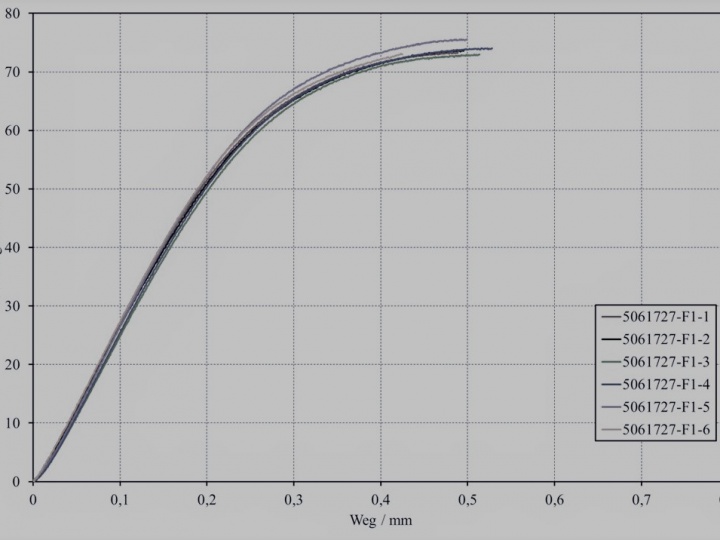