For the performance of shear tests according to ASTM D5379, an Iosipescu shear test fixture is used, which can be used in all common universal testing machines. This shear test fixture is suitable for the static characterisation of the shear properties of fibre-reinforced plastics. The Iosipescu shear test is performed by means of an asymmetrically loaded four-point bending specimen. The specimen is clamped in the Iosipescu test fixture and loaded via two profiles that are movable relative to each other. The loads are introduced into the specimen via four areas. A V-shaped notch in the specimen determines the location of the failure. The material load in the specimen represents a shear force shear stress. 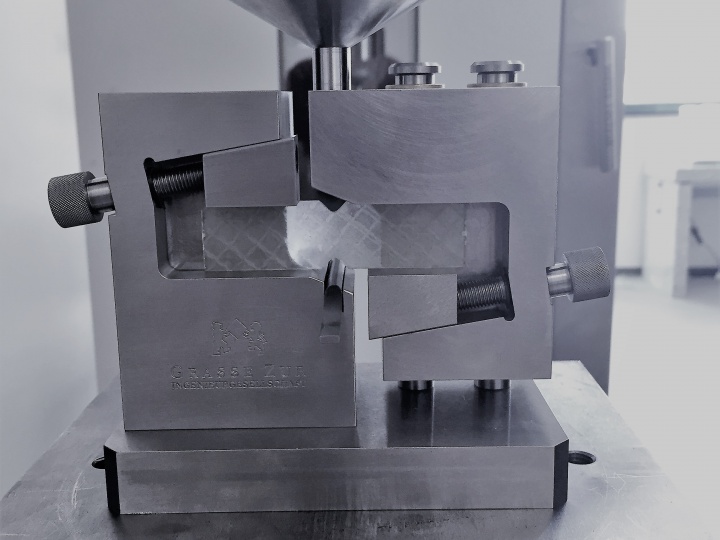 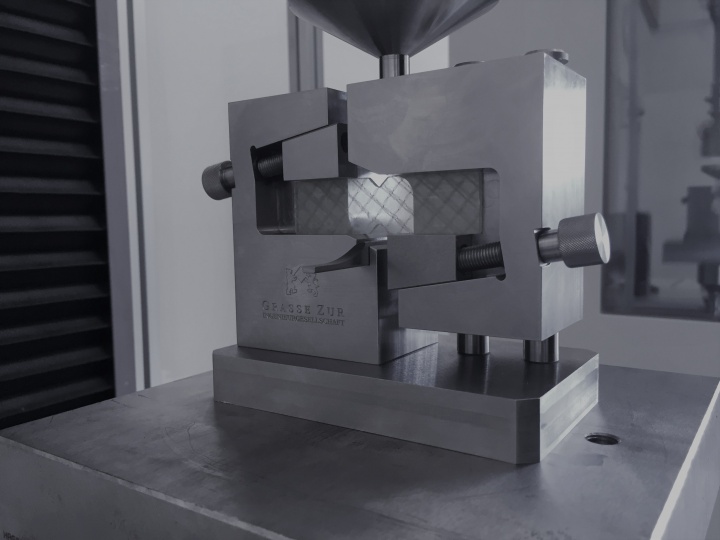 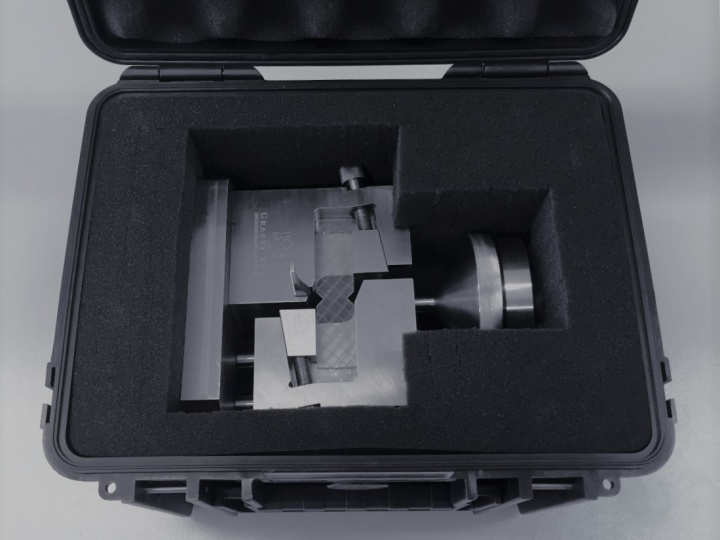