Grasse Zur Composite Testing offers a series of professional seminars and training courses on the subject of material testing of fibre-reinforced plastics. The company cooperates with lecturers who have gained their many years of experience in research and development.

The lecturers can be contacted at any time before and after the professional seminars. Just get in touch with us. 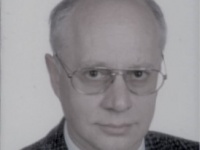 Dr. Wolfgang Stark studied physics at the Humboldt-Universität Berlin. After completing his research studies in semiconductor physics, he was awarded his doctorate in 1975. In the same year he joined the Institute of Polymer Chemistry of the Academy of Sciences in Teltow-Seehof as a research assistant in the field of polymer physics. After his initial occupation with infrared spectroscopy, he switched to the electret group and developed methods for electret applications in microphones and sensors. He habilitated in this field in 1985. A new field of work was mechanical testing including DMA on synthetic high-temperature fibers.

In 1991 he became a scientific assistant at the Federal Institute for Materials Research and Testing (BAM) in the laboratory for thermosets. The focus was on the continuation of the traditional monitoring of the production of thermoset parts for the electrical industry and the award of the quality mark. This also included the development of methods for process control with dielectric and ultrasonic measuring methods. Together with partners from industry and the AVK e.V. Germany a number of joint research projects were carried out. In 1998, the project group, consisting of ISK Iserlohn, Bakelite Letmathe and BAM, was awarded the AVK Innovation Price for the development of online process control US-Plus. From 2006 onwards, he headed the elastomere reference materials laboratory at BAM with its own elastomer pilot plant. 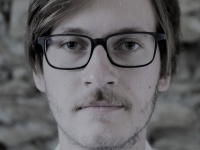 He has extensive experience in the field of destructive testing of fiber-reinforced plastics and thermal analysis. Due to his working environment, he has a broad knowledge of universal testing machines and a comprehensive overview of DIN, ISO and ASTM standards. 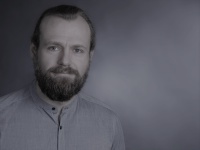 Dr. Alexander Krimmer studied aerospace engineering at the Technical University of Berlin. After a short period as a research assistant in the field of lightweight construction, he switched to the development of rotor blades for wind turbines at Euros (now TPI Composites Germany). There he initially worked as a structural development engineer, but increasingly turned to the modelling of fibre-plastic composites. Since 2010 he has been in charge of the materials division. 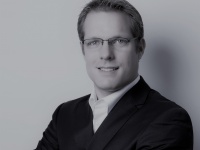 Axel Reinsch first completed an apprenticeship in composite boatbuilding receiving his certificate of apprenticeship in 2000. Having established a solid foundation in engineering, he went on to study aircraft construction with a focus on structural design and composites. In 2005 he completed his studies with his diploma thesis at the DLR (German Aerospace Centre) / CRC-ACS (Cooperative Research Centre for Advanced Composite Structures). After his studies, Axel Reinsch went on to work at Airbus for two years. As a structural engineer he took part in the A380 rudder program, as well as the A350 wing program, working in England and Germany. Afterwards he went on to Valencia/Spain, where he supported the German Americas Cup Team as a structural designer.

When the team was disbanded in early 2008, he switched to Swiss-based Carbo-Link. Here he operated as a developmental engineer, successfully working on projects with partners such as Alinghi, BMW-Sauber F1 or Liebherr. In addition to that, he developed high-end lightweight products in titanium, aluminium alloy and carbon. After returning home in spring of 2010, he founded ar engineers with its offices in Hamburg.

Udo Koensgen is a VDI-certified examiner and trainer according to VDI/VDE 2636 for levels 1-3. The VDI guideline covers the area of experimental strain and stress analysis using strain gauges. He has been working voluntarily for VDI for many years and, together with other experts from industry and various universities, is revising the VDI guidelines in the field of strain measurement technology. He conducts basic DMS seminars for Micro-Measurements GmbH on the basis of VDI/VDE/GESA 2636 guidelines. A constant exchange about new developments in the field of strain measurement technology is a must for him. He has been working for Vishay Micro-Measurements GmbH in sales since 2011. Vishay is a manufacturer of strain gauges, data acquisition systems and accessories. Through his expertise he advises customers and users in many areas of aerospace, automotive, medical technology, materials testing etc.

Udo Koensgen is a trained electrical mechanic, a state-certified electrical engineer with a focus on energy technology and process automation, and a civil engineer with a focus on structural engineering. His diploma thesis deals with the “Structural investigation of a carrier plate” by means of strain gauges and FEM. His professional career at TUEV Rheinland, AVL-Schrick GmbH and Vishay Micro-Measurements GmbH has always focused on measurement technology.