A turbulent and changeable year is drawing to a close. This year will remain a special memory for many of us, whether due to personal hardships, worries about an uncertain future, or even the many hours spent in the home office.

The whole team of Grasse Zur Composite Testing would like to thank its clients and partners for the successful and trustful cooperation. We wish you a successful final spurt for the last days of 2020 and all the best for the new year.

This year our company vacations will start from 23 December 2020. In the new year you will reach us again from 04 January 2021. And as always: For all questions concerning the testing of plastics and composites we are always at your disposal!

Grasse Zur Composite Testing develops together with DLR e.V. a non-contact process control using the pulse-echo method as part of a ZIM research project funded by BMWi. Due to the increasing networking of control and plant systems, real-time information on the curing process is of increasing interest in the processing of fibre-reinforced plastics. 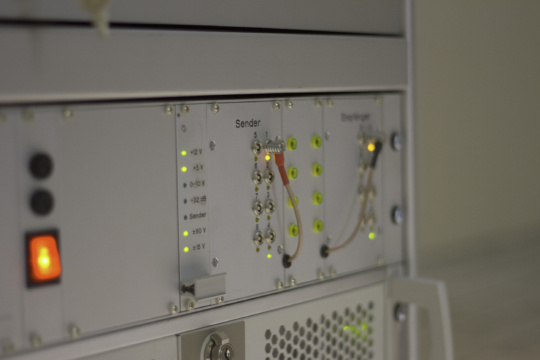 The GZ US-Plus® non-contact process control system has been successfully represented on the market for about twenty years. Compared to competing methods such as di-electric analysis (DEA), it has the advantage of being able to measure without direct contact to the manufactured component. The ultrasonic-based system uses a piezo sensor to emit sound waves that are received by a second sensor. A computer calculates the curing process from the running time. This method of process control is particularly important for the aerospace industry, since no holes have to be drilled into the moulds and thus the elaborately machined surfaces of the closed moulds are not damaged.

The limitations of the previous reference technology become apparent in the case of rotor blades of wind turbines. These components are manufactured in open-mold construction and are nowadays up to 80 m long. Under the often harsh production conditions, it is not possible to measure the curing in transmission by means of two sensors (transmitter and receiver). Practical experience shows that only a permanently installed sensor system, which does not hinder but supports the workflows in production, can be implemented in production.

For this reason, the development of OPtimus® was initiated, in which the curing control is realised by means of a coupled transmitter-receiver unit using the pulse-echo method. This technology eliminates the need for a second sensor, which is why the sensor system can remain permanently integrated in the mold. This enables both an enormous increase in efficiency during curing and a guarantee of networking within the scope of QA. Flow front detection is also the current development status, which is expected to be ready for the market in 2022.

In cooperation with Composites United the webinar “Test methods for determining the intralaminar shear properties of fibre-plastic composites” took place on 19 May 2020. Dr. Fabian Grasse went into detail about the characterisation of the shear properties of FRP.

Various test methods have been established for determining the intralaminar shear properties of FRP. These differ in the geometry of the test specimens and the type of load application, which means that different testing devices are used. This webinar will introduce the most widely used standards for the determination of shear characteristics (DIN EN ISO 14129, DIN EN ISO 20337, ASTM D5379 and ASTM D7078) and go into detail about the various advantages and disadvantages of the respective test methods.

Link to the webinar 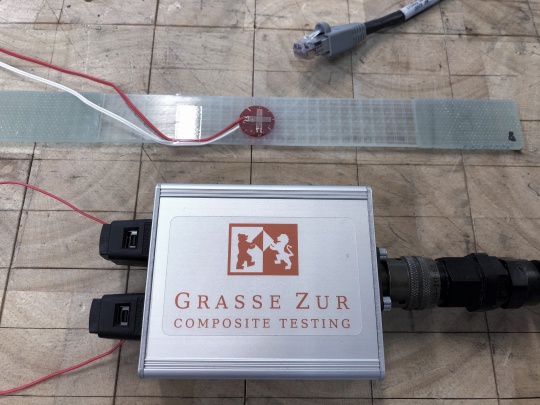 This year, we are again exhibiting at the internationally most important leading trade fair for fibre-reinforced plastics and composites. The JEC World takes place from 03 to 05 March in Paris. You will find us at the joint stand of Composites United in Hall 6 / Stand F85 + G85.
Arrange an appointment online today!

You can get a free ticket here. The invitation code is ENV629613576. You are welcome to forward this newsletter or the link to interested colleagues.

This year we would like to inform you about the latest developments of our testing services at the exhibition. In particular our accreditation according to ISO 17025 and the transit to the current version will be in the foreground. In addition, the fair will focus on our online process control GZ US-Plus, which has been successfully used for over twenty years and is the only process control on the market capable of contactless measurement.

We look forward to your visit!

Code Product Solutions is an international, independent provider of engineering and consulting services. The company provides solutions for products made of plastics, composite materials and metals. Code Product Solutions relies on accurate computational simulations for mastering challenges long before the first prototypes become available. Reliable material measurements are essential for their approach.

Get in touch with us at Composites Europe 2019

This year, for the first time in seven years, we are not represented with our own stand at Composites Europe. Nevertheless, you have the opportunity to speak personally on site with the Grasse Zur Composite Testing team about material testing on fibre-reinforced plastics, testing services in our ISO 17025 accredited testing laboratory or reference test fixtures such as the picture frame. Simply select an appointment from the list. You will then receive a confirmation email.

We are looking forward to a personal conversation! 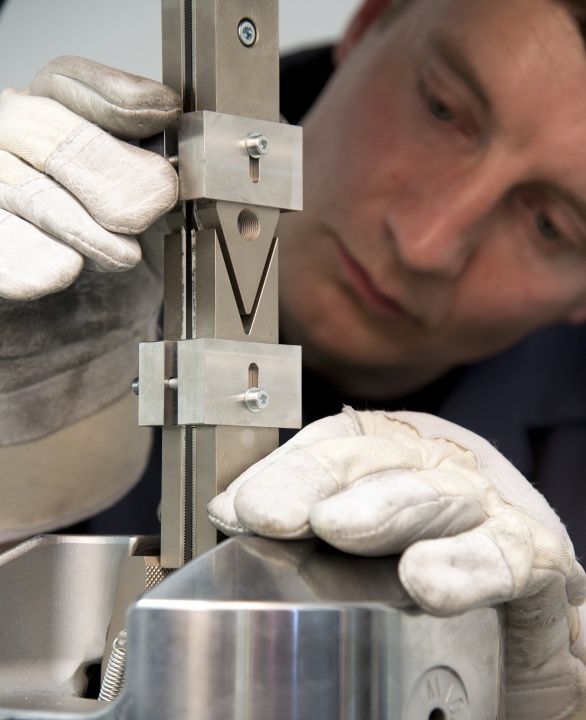 We are happy to carry out material tests on fibre-reinforced plastics for you in our ISO 17025 accredited test laboratory, even during the summer break. So you can go on holiday with peace of mind and the test results will be on your desk afterwards. Our experience shows that the number of incoming orders increases considerably after the summer holidays, which can lead to delays in order processing. Therefore we would like to give you some references in own thing:

Contact us simply and without obligation, we will be happy to advise you! 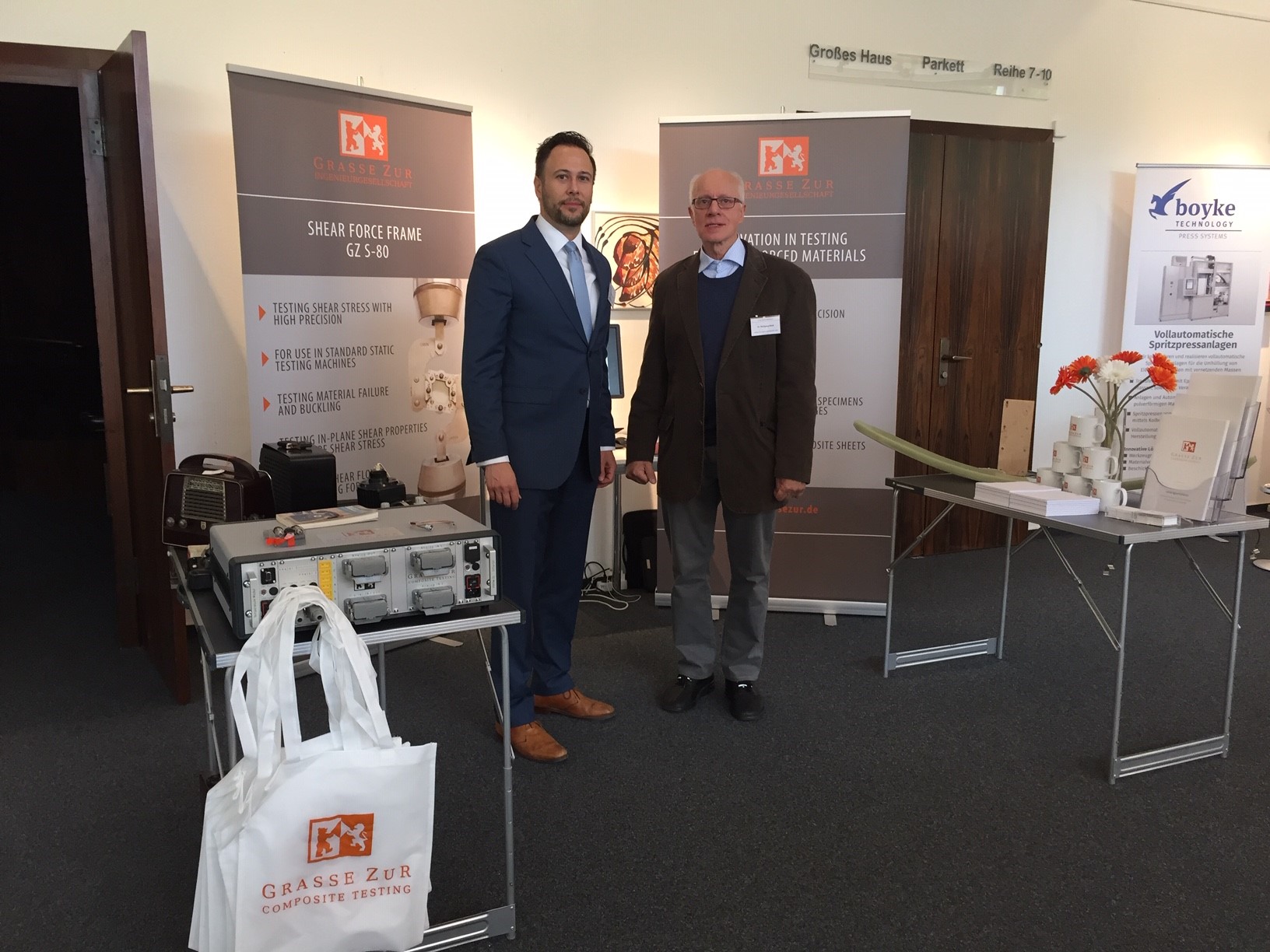 The reference technology for online process control GZ US-Plus will be presented at the symposium for thermosetting materials and fibre-reinforced plastics. The symposium will take place from 08.-09.05.2019 in Iserlohn.

Fatigue tests at a special price 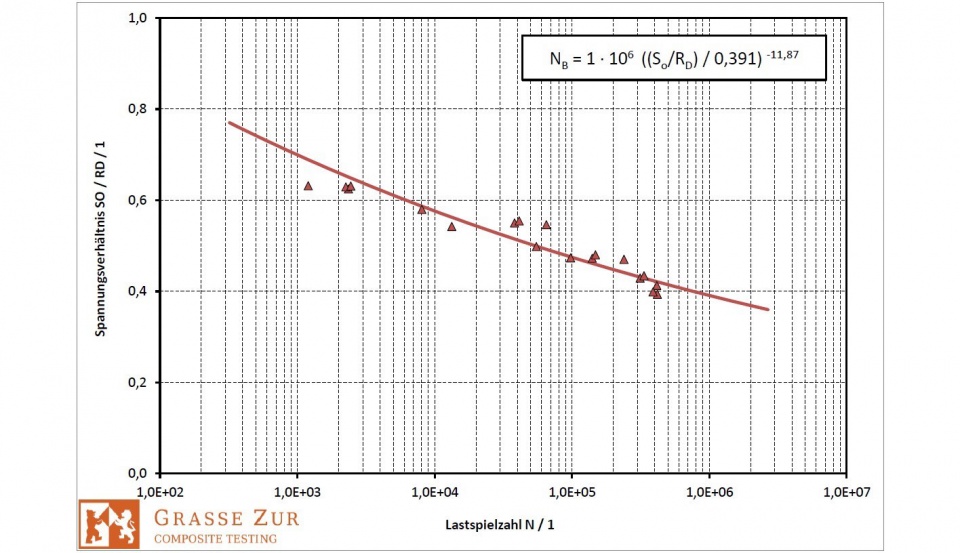 As a follow-up to the JEC Paris 2019 we offer you a special price for fatigue tests to determine S/N curves. You will receive a discount of 25 percent on the corresponding tests if you order before May 17th 2019. The tests take place in our accredited testing laboratory:

The tests can be implemented promptly. Just contact us, we will be happy to make you a personal offer!